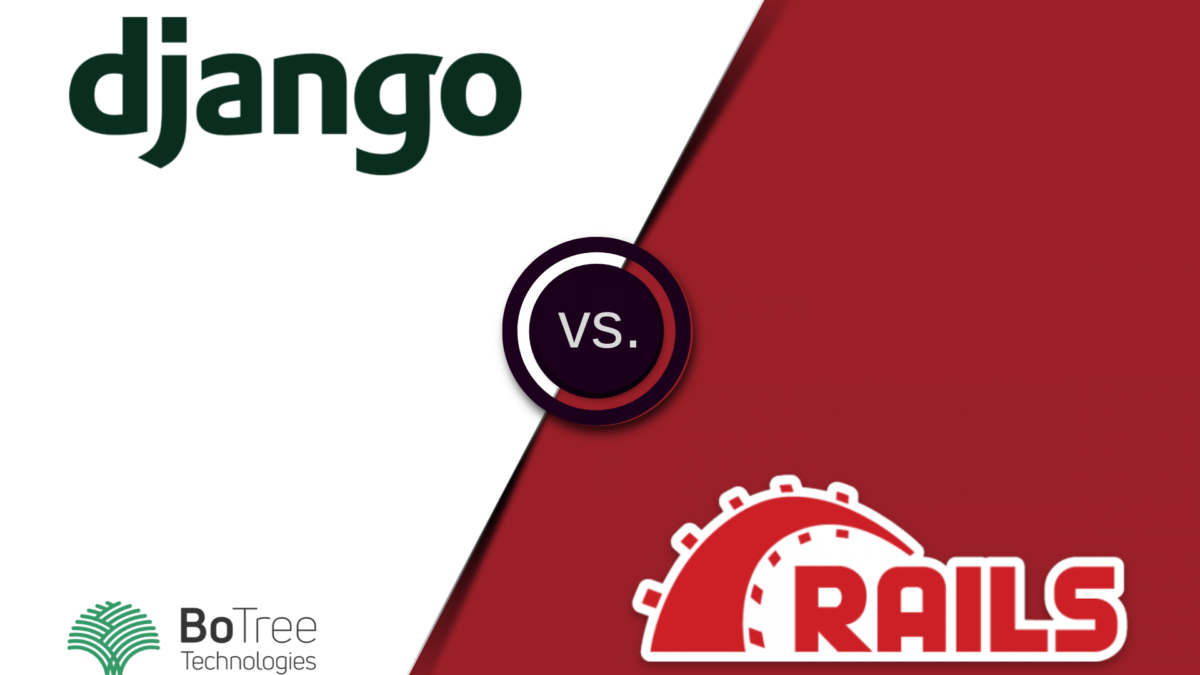 A web development framework serves as the fuel for your mobile application. Selecting the right one can make a world of difference to your development process and application. Two of the most popular frameworks – Ruby on Rails and Django framework have been preferred by developers all over the world. Incidentally, these two have also been the hot topic of debate as to which one is the better for feature-rich application development.

Django web framework powers nearly 100,000 web applications while Rails development has been used for nearly 2 million websites. But this isn’t a true statistic for comparison. Realistically speaking, Django development has recently gained popularity because of its applications in machine learning and artificial intelligence.

If you are looking to understand which is the best web development framework amongst the two, we can’t tell you. However, what follows is a comparison between Django framework and Ruby on Rails. Whichever framework best suits your needs, you must select that one.

About Ruby on Rails web development

Ruby on Rails is a popular web development framework which works with the Ruby language. The framework is known to follow the predefined rules which enables feature-rich and powerful web development. Ruby on Rails powers some of the most popular web applications like Airbnb, Github, Shopify, Dribble, Scribd, Slideshare, Basecamp, and even Twitter used it in its initial stages.

The first rule of Ruby on Rails projects is Don’t Repeat Yourself. It enables Ruby on Rails developers to use as much code as possible. It reduces standalone classes which are hard to find in the code.

Another rule is the Convention Over Configuration, which allows Ruby developers to work in a pre-defined set of conventions instead of setting up a customized environment to work in. It allows the code to be cleaner, and the developers don’t have to worry about administrative configuration.

Django framework is a framework used with the Python programming language to develop robust and dynamic web applications. Unlike Ruby on Rails, Django development doesn’t have any set of rules or conventions to follow. It powers some of the like Netflix, YouTube, DISQUS, DropBox, Instagram, Spotify, Mozilla, and even The Washington Times.

Django doesn’t utilize any set of rules and is used as per the best configuration that is needed for development. It is used for its statistical and computational capabilities. Django framework acts more like a tool for developing web and mobile applications.

Ruby on Rails development vs Django framework: The basics

Before we delve deep into which web development framework is better, we will have a look at the basics which include their programming language, pros, cons, syntax, and several other things. In the next part of this article, we will cover the technicalities for comparing these two frameworks.

The above comparison was a basic comparison between the two web development frameworks. These two frameworks are highly competing against each other to become the best in the world. But both of them have their uses and none of them is the best? What are the technical differences that are there? Continue reading to know more.

We looked at the primary differences between Ruby on Rails and the Django framework. Those differences showcased their basic definition and introduced us to the pros and cons of using each framework.

Now let’s take a more in-depth look at the comparison between the Python/Django web framework and Ruby on Rails development. The comparison will highlight some technical details which will make your selection easier. Based on these factors, you can decide which web development framework better suits your needs.

The use cases of Ruby on Rails and Django prevail among various industries. From healthcare to insurance, these two frameworks have enabled companies to build high-quality apps.

Ruby on Rails Use Cases

Let’s have a look at these frameworks in detail.

Ruby on Rails applications are developed using the Model-View-Controller (MVC) architecture. The model denotes data, which is taken care of by ActiveRecord. The view encompasses data within the HTML template and sends it to the controller, which is then screened by Activeview. The ActionController connects the model and view.

Django development has the same architecture with slight differences. It is called Model-View-Template (MVT). Django handles the controller part of the architecture while the model represents the data from the database, and the view represents what the users will see.

Ruby on Rails follows the principle of Convention over Configuration. It emphasizes on not configuring the development environment and writing code within predefined conventions. It allows Ruby on Rails developers to write less code and achieve the desired results.

Python/Django development focuses primarily on achieving perfection by configuring the development environment in a way that best matches the developer’s needs. However, it emphasizes the “Don’t Repeat Yourself” (DRY) principle and enables developers to write code rapidly.

Ruby on Rails mobile app development heavily utilizes the rich repository of libraries and plugins for rich features. RubyGems are literally gems for developers as they enable them to add powerful features and functionalities without writing massive amounts of code. Ruby on Rails development cuts the development time by nearly 25%.

Django is a powerful and dynamic web development framework which is as fast as Ruby on Rails. It also provides rapid prototyping capabilities. But it doesn’t have rich and massive libraries like Ruby on Rails for adding functionalities to web applications. However, it utilizes NumPy, SciPy and other Python libraries for data science and machine learning applications.

The community for Ruby on Rails is massive, with over 5,000 developers contributing to its extensive codebase and building powerful libraries. The developers provide continuous support and update the framework with added features to make Ruby on Rails web application development easier.

Django development has a large community of over 11,000 people who have built nearly 5,000 packages for developers to use. The community provides support for machine learning, data science, and web application by regularly updating the framework.

Installing Ruby on Rails is a little challenging as it requires the knowledge of Gems and Bundles, which are necessary for installation. Ruby on Rails projects are built in an environment that needs to be set up at the beginning with the default requirements. First, you need to install the Command Gem which is then used to run Rails and install the Ruby on Rails development framework.

Installing the Django web framework for development is really easy and can be done within a minute. Django is a really flexible framework which doesn’t need previous configurations and can be modified as you make progress.

Which framework is better: Ruby on Rails or Django?

There is no framework that beats the other. However, based on usage, you can decide which framework best suits your needs.

At BoTree Technologies, we work closely with both the platforms. Our 70+ developers have strong experience in building applications using both frameworks. 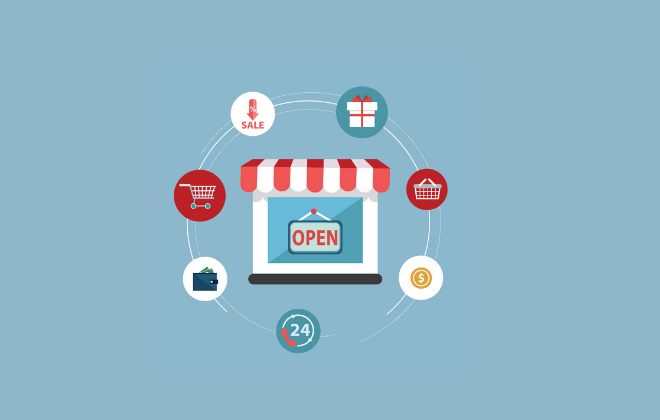 How Can eCommerce Help Retail Businesses? 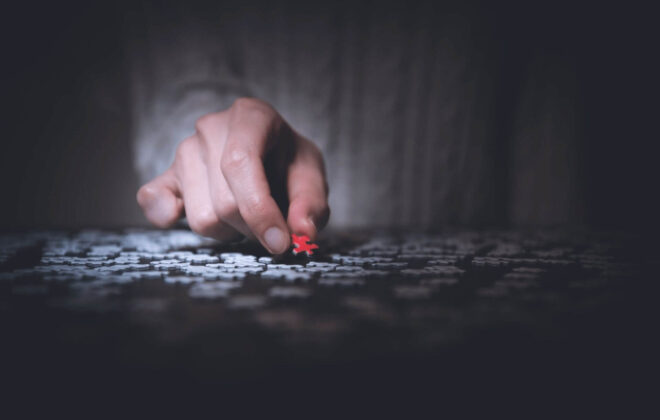 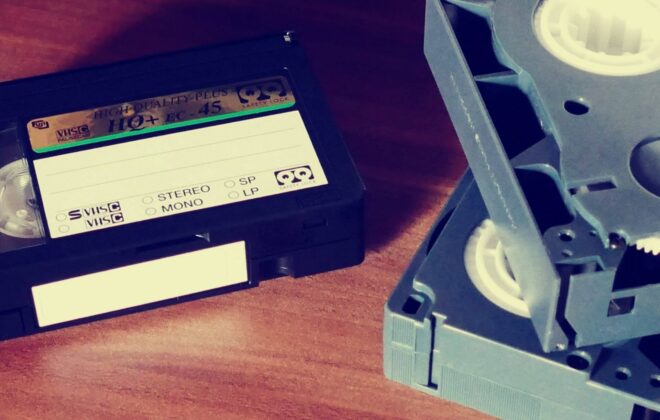