Blogs > Technology > React Native: Why Migrate from Flutter, Ionic & others

Mobile applications have become essential for organizations to reach more customers. They want users to easily access their services through Smartphones and tablet devices. But a major decision arises when they have to decide which OS they should be making an app for. iOS and Android both have a targeted user base. In such scenarios, React Native development offers much help to enterprises.

React native applications enable enterprises to reach customers on both iOS and Android without spending separately on app development for each operating system. The open-source app development framework allows you to use a single codebase for both Android and iOS apps.

Why Flutter and Ionic?

Flutter and Ionic both are cross-platform app development frameworks. Let’s look at these cross-platform mobile platforms comparison and what made them good in the first place.

Flutter and Ionic’s performance are both based on the app developers capabilities to take advantage of these two frameworks. However, Ionic mobile apps provide more flexibility, while Flutter is a project by Google, which may or may not be stopped one day. If you are building an app on Flutter, and Google decides to shut it down, there is no way you can bring all your application components to another framework.

In the above ionic vs flutter comparison, we see that both platforms are built to serve specific needs. However, they also have a few cons which trouble developers. React app development has, thus, become an important and useful technology that can help developers fulfil those gaps. In the above mobile application development platforms comparison, we clearly saw Flutter and Ionic struggle in some aspects.

React Native is a powerful cross-platform app development framework. The framework enables react native developers to build quick native-looking web and mobile applications. React Native applications are built with multi-platform UI components through JSX, which are then rendered to native code and converted into Android view and iOS view.

Some of the benefits of React Native app development include:-

While Flutter, Ionic, and React Native are considered the best cross-platform development tools, they have major differences as we learned above. React Native development is gaining popularity with each day as developers look for a simpler and better alternative to Flutter and Ionic.

Now that you understand the benefits of React app development, you can consider migration to the framework based on your needs. More often than not, enterprises are afraid of migration because they don’t know what will happen to their components. But not with React native development services – the framework is perfect for migration.

There can be several reasons for migration to React Native, but the most important ones are cost and time. One major advantage is that React Native support native migration from iOS and Android native platforms. React applications are also simpler to maintain.

A few reasons you should migrate to React native app development include:-

1. You need an application for Android or iOS

3. You need the same functionality for both platforms

React native framework is a highly-evolved cross-platform app development framework. It allows developers to reduce the complexities in coding. The future requires convenient application development that can quickly reach the market. React Native applications are the answer to that requirement.

BoTree Technologies is a professional React Native development company, helping you to capitalize on the ever-growing mobile development market.

At BoTree Technologies, we build enterprise apps with our react native team of 10+ engineers. 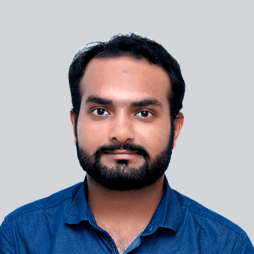 Rajan is React JS Developer. He Love Reading and writing blogs, challenging task and always excited to learn new things. Apart from coding he likes to listen a songs and solo travelling.